Q It Up: MP3 and Commercial Delivery Via the Internet - Part 1

This month’s Q It Up focuses on the use of the Internet to send and receive audio for on-air broadcast. Once again, we will present the responses in two parts, with part 2 next month. 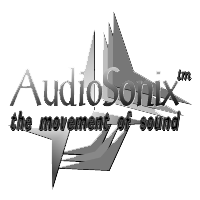 Q It Up: The use of the Internet for delivering commercials to radio stations is here, with companies such as SpotTaxi.com, SlingSpot.com, AudioSonix.com, and SpotTraffic.com all vying for a piece of the new pie. The common thread is the use of MPEG compression to reduce the audio files to sizes more compatible with today’s Internet connection speeds. There is a concern among some radio engineers that the use of MPEG compression in conjunction with existing audio chains that utilize other digital compression algorithms may cause some degradation of the quality of the audio, resulting in a potential tune-out factor. What are your thoughts on this, and on the use of the Internet for spot delivery in general? Is your Chief Engineer for or against the use of MPEG files on the air for commercials? Is your station planning to utilize this technology? Feel free to add any other comments you have on the subject.

Lance Hildebrand [lance[at]worldwidelance.com]: Has MP3 changed the way I do things? Let me put it this way. I used to be a professional “door-diver” at FedEx. I was in there, on average, 3 or 4 nights a week. Now, when I go there, what I hear is, “Where’ve you been?” or “You don’t love us anymore.” I probably only go to FedEx maybe 2 or 3 times a month now. And the reason is MP3.

Funny how, here in 2000, sometimes “next business day” isn’t fast enough anymore. And, MP3 helps out in many of the long-form narrations I do—especially in situations where there’s a typo or some kind of mistake, and a quick fix is called for.

We’re just now beginning to use the SpotTaxi’s of the world. I have been passive about looking into these services, so I have only RAP magazine knowledge (as opposed to book knowledge) of what they do.

The train is coming, and it ain’t moving slow.

Jon Hogan [jhogan[at]Radioworks .co.nz], RadioWorks, New Zealand: I passed the question on to our Head of Engineering, John Haynes (ex-Production Engineer of 15 years). This is his response:

We rung our hands, read mountains of papers, and did tons of tests several years ago on this subject, but the reality is that it’s becoming inescapable. We found it is not so much the compression method, but the amount of compression that showed up distortions. Don’t forget that MPEG as a standard allows for compressing it a little or a lot, depending on the bit rate you can send at.

The compression algorithms seemed to us to be quite well masked on music and reasonably well balanced at and above 128KBit/sec/channel bit rates. However, recorded speech on commercials, which has often been compressed hard and had large amounts of midrange boost applied, is a different problem.  Direct A/B listening tests could detect problems at 128KBits, with obvious problems at 64KBits. We decided at the time we could live with 192Kbits Joint Stereo format, but nothing slower. The most noticeable effect was where 3KHz had been applied to sharpen up a voice; it seemed to come out the other end as a 6KHz boost, as if the algorithms had somehow screwed it up an octave. Since then, the CDQ Prima range of encoders arrived and we rather like the results they provide on 128KBits Joint Stereo format. There are some distortions, but we don’t think they are as noticeable.

The final reality is that our company expanded from a single talkback station to a national network in NZ, to four national networks dropping signals into 23 markets for injection of local commercials and retransmission, alongside our local stations in these markets. And bluntly, it wouldn’t be economically possible without the use of digitally compressed audio. It’s been a pretty competitive environment here, and that final 10% of quality costs far too much on present NZ bandwidth prices. But each year it gets closer, and all we have to do is buy the extra bandwidth and increase the encoder rate at the time we can afford it. We’ve already decreased the compression ratios on our hard drive audio storage as the disk prices have dropped over the years.

There’s one other digital worry. Most manufacturers concerned with quality will insist their audio processor (or whatever) is the last thing in the chain before the transmitter, because of the aliasing effect of the low pass filters. Well, if you have a digital studio, digital processor, digital STL, and a digital exciter, they can’t all be last, can they?

In summary, I would heartily recommend listening tests for all involved to learn what encode/decode cycles do to the audio. (Do this BEFORE recording the commercials!) Demand as much bandwidth as your company/clients will allow, and be ready to ask for more if the Telco prices drop.

Relax, you can’t hold back the tide.

Dennis McAtee [DMcAtee[at]kvoo .com], Journal Broadcast Group—Tulsa Operations: More and more, we’re receiving MP3 files from other radio stations and agencies, as well as from a central ftp site maintained by a local agency. (We’re also sending MP3s to agencies and other stations.) By the time an MP3 file goes through a digital-to-analog-to-digital conversion through a production room mixer and into Maestro, hits the airwaves, and comes through the speakers in your home or car, the quality is at least as good as reel-to-reel, without the hassles of wow-and-flutter and mangled or stretched tape. Obviously, the quality of your computer’s sound card affects the quality of the transfer. Salespeople love the concept—they spend less time running all over town retrieving reels, especially in February, May, and November, when the topical spots for local television newscasts have to be turned around in two hours or less. Occasionally, we’ve had to deal with truncated audio, digital audio distortion, and files that simply wouldn’t open, but those problems have usually been resolved with a phone call or e-mail.

Thanks again for a great forum.

Jeff Matzka [jeffmatzka[at]jeffmatzka .com], WWZZ, Washington, D.C.: I’m just lovin’ the use of MP3 files for stations and or agencies sending spots to each other. You just can’t beat the speed and convenience of sending/receiving spots/promos/image elements via e-mail. As long as the MP3 file is encoded at a rate which allows good quality, we have no problem with audio degradation when it hits the air. When I send something out via MP3, I like to encode it at 160 kbps/44.1 kHz stereo. But I know a lot of folks who use 128 kbps/44.1kHz and are very satisfied with the results.

Our chief engineer at Z104 was a little wary of it at first, but has warmed up to the idea. I wish it were catching on a bit faster than it is, but for some reason, it seems that the larger the market, the more hesitant people are about changing or shifting away from tried and true methods. Little by little, I do see more MP3 transfers being used for spot delivery. It sure beats waiting for a courier to show up with a reel, or waiting that loooong wait while a spot squeezes through the DGS modem, or playing around with the Zephyr trying to get connected, messing with send and receive codecs and matching bit rates...yadda, yadda (sigh). Make mine MP3, please.

Craig Jackman [craigj[at]canada.com]: As regular RAP readers may know, I’ve been using MP3 files on air for about two years. In fact, it was the reason my company finally bought a computer for production use. All the digital editing was a pleasant side benefit to have the ability to feed production to a sister station rather than pay through the nose for DCI/DGS.

Is there a concern that using MP3 files on air would result in tune out? If there isn’t, there should be! Far too much material is being sent using a far too high compression ratio. People, you have to remember what you play with at home that sounds great over the eraser-sized speaker sounds like crap when it goes through your air chain to the listener! The Internet standard of 128kbs is an 11:1 lossy compression ratio, meaning that you are saving only 1/11th of your original file. My wife—who listens, but not that closely—can pick up the difference on air!

Look, until something better comes along, MP3 is great, provided you don’t try to kill it. If you just don’t care, squash your files down using 128kbs. They likely will sound like crap, although to be fair, I have heard some 128kbs material that sounds lovely. But they are still the exception to the rule. Please, take the extra time to encode your material at a MINIMUM of 160kbs. Just that extra little bit (8.8:1 as opposed to 11:1) usually makes a big difference. Personally, I care about the quality of my work, perhaps too much. Nevertheless, I usually use 192kbs (a 7.4:1 compression ratio) for the majority of the material I send out via MP3. If I’m sending voice tracks to a similarly minded producer, I’ve been known to use 224kbs or even 320kbs (6.3:1 and 4.4:1 respectively).

“But wait!” you say, “my e-mail files will then be bigger and take longer to send!” SUCK IT UP! Get a higher speed Internet connection—cable, ISDN, ADSL, satellite, microwave. IT DOESN’T MATTER!!! Argue the point all you want, but speaking from experience, I have saved my employer many a dollar by being able to send a spot in 45 seconds on a cable modem rather than 3.5 minutes on a dial-up. Just like you HAVE to be on the ‘net these days, you HAVE to have the fastest connection you can afford. It WILL pay for itself in increased productivity. If you are concerned that files will be too big for the receiving e-mail “in” box, get an ftp site and grant them access so they can get the files themselves when it’s convenient. Oh, one more thing. If you are sending out a series of commercials that are in MP3, please attach them individually. It really is a pain to download 3Mb of an MP3 file when you only need 500kb of it.

DGS has its purposes, but sending materials out MP3 has saved my freelance clients thousands of dollars, and my radio employer many, MANY times that. Why should I pay someone x-dollars when I can phone up a radio station a thousand miles away and get an e-mail address to get the spot to them for nothing? The Slingspot.com and like services are going in the right direction being cheaper than DGS but still providing confirmation, but they still have a long way to go to get to free. When they get there, how are they going to manage to still be in business?

BTW, our Chief Engineer really doesn’t care how we get audio in and out of the station. He’s done the best he can to provide the best signal he can to the listener. That’s his job. As far as the content of the signal, well, that’s not his job is it? There are many times where that content sounds awful. That is the nature of the beast. Don’t like it? Be my guest; step up and try to slay it. See what happens to you when lousy sounding spots don’t make air, and the client keeps his very real, very good cheque to himself.