The new Denon DN-F20R ($1,299) is the company’s first portable IC recorder. Weighing just over two pounds, the DN-F20R records on up to two IC memory cards, eliminating moving parts and enhancing the unit’s reliability. The IC cards comply with international standards for the CompactFlash card and support a memory capacity of up to 192 MB. Memory cards are all 16-bit FAT formatted, enabling them to be read and written to by a PC equipped with a USB-type CompactFlash adapter or an ATA adapter for a laptop. Audio may be recorded in a choice of MPEG2 Layer 2, MPEG1 Layer 2, or Linear PCM (Wave) file formats, in either stereo or mono modes. Sound quality is also selectable in recording bit rates of 16 to 768 kbps per channel. Input complement includes two XLR mike jacks and two RCA line inputs, as well as a parallel remote mini-jack input terminal for external control. Outputs include two RCA line outs and a ¼-inch headphone jack. (973) 396-0810, www.del.denon.com.

Antares Audio Technologies presents their new AMM-1 Microphone Modeler. The AMM-1 is a studio DSP processor that allows any reasonably full-range microphone to sound like virtually any other microphone. Using their patented Spectral Shaping Tool (SST) technology, Antares engineers have created precise digital models of a wide variety of microphones, from historical classics to modern exotics, as well as a selection of industry-standard workhorses. The user simply tells the AMM-1 what microphone they are actually using and what mic they would like it to sound like. The AMM-1 then references the stored models of both the source and target mics and processes the input to create the sound of the desired mic. The AMM-1 can also be used during mixdown to effectively change the mic on an already recorded track. $999. (888) 332-2636, www.antares-systems.com.

Lexicon recently unveiled their new 960L Multi-channel Digital Effects System. The 960L is Lexicon’s next generation multi-channel digital effects system designed for the high-end professional audio, broadcast, film, live sound and post-production markets. Like the legendary 480L introduced over a decade ago, the new 960L will be Lexicon’s expandable technology platform for years to come. The 960L Multi-channel Digital Effects System is comprised of the 960L CPU (24-bit/96kHz, 4U high rack-mount effects system) and an all-new Lexicon Alphanumeric Remote Controller (LARC2™). Designed from the outset to support multi-channel audio, the 960L is a powerful multi-channel system whose feature set includes a host of surround and stereo reverb algorithms. The new 960L employs Lexicon’s proprietary 3DPM Perceptual Modeling™, which provides superb reverberation quality with the ability to create completely realistic spaces as well as hyperspaces (spaces that are perceptually better than any real-world spaces). Processing is handled by Lexicon’s propriety Lexichip ™ (4 per DSP card). In future updates, the 960L will support multiple DSP cards which can each support up to four stereo reverbs or two multi-channel surround machine(s) at 44.1 or 48kHz., or two stereo reverbs at 96kHz. Eight balanced inputs and outputs and 4 pairs of AES/EBU digital inputs and outputs are standard. The 960L has external word clock in/out/loop, MIDI In/Out/Thru, a 3.5" floppy drive for saving programs and system configuration and a CD ROM drive for software upgrades. The system is completely hardware/software upgradeable. The 960L contains hundreds of factory programs, including such industry standards as Halls, Chambers, Rooms, Plates, Stage+Hall, Stage+Chamber, Ambience, Wild Spaces, and Post. There are provisions for an additional 500 user-definable programs. 781/280-0300, fax 781/280 0490, www.lexicon.com.

The Swissonic USB Studio ($699) is the perfect solution for every home recording environment. It provides inputs and outputs for most of the equipment to be used in a typical home setup like two microphones (phantom powered), two HI Z instruments, four stereo line inputs, tape input (with switchable phono preamp!), S/PDIF input and output (optical and coaxial), tape output, monitor output and headphone output. Each input’s and output’s volume can be adjusted individually. The built in USB interface connects the USB Studio with your favorite computer (Windows 98, MacOS 9) and software (all standard audio applications). Each input source can be enabled for recording. The stereo mix is routed to and from the computer via the USB. There’s no need for a sound card. www.swissonic.com.

MediaFORM has added four new CD-R duplication solutions to its product line. The CD-3701 provides an efficient automated method to replicate a single CD-R. The CD-3703 simultaneously copies up to three CDs without any intervention and includes a spindle that holds up to 125 CDs. The CD-3706’s relay mode allows continuous, fully automatic duplication of up to six masters at the same time. The automatic stand-alone unit can access CD images stored on a local hard drive. It is compatible with MiniDiscs and CD business cards. MediaFORM’s fourth new product is a flexible, network-enabled print station that accommodates both thermal and inkjet printing needs up to 1200 dpi. The AP1301i-t enables high-resolution printing on 300 CDs per run, without the need for user intervention. 610-458-9200, www.mediaform.com.

SpotTaxi.com announced a major extension of its service. Next-day spot delivery is now available to every commercial radio station in the U.S. for the same price as its guaranteed, two-hour Internet delivery service. Effective immediately, any station not registered with SpotTaxi.com’s online delivery service will receive spots on compact disc, with traffic instructions enclosed, via Airborne Express.  This process is automated for production studios, agencies, or media buyers who upload spots or place distribution orders, and there is no additional cost. 206-753-3930, www.spottaxi.com. 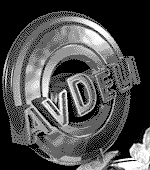 Don Elliot Creative Services adds two new CD’s to the series: Don Elliot, The Legend. Disc 11: Campaign 2000 ELECT-ricity is a 21 cut package of fully orchestrated music for political campaigns or for radio-TV news coverage of political events. One year blanket $195. Disc 12: The Final Answer features cuts you can use for game-shows, quizzes, contests, promotions, and tie-ins. The suspense beds, the hits, impacts and stingers are in the same key for you to layover for emphasis. Buyout $99. Voiceovers@ earthlink.net, 818-241-4650 voice and fax.

Promusic introduces the Editors Construction Kit, a set of 4 production CDs from the Cavendish library designed to enable sound engineers, designers and editors to create sound tracks unique to each production. The CDs work by having each track in keys and tempos that work together. Editors can choose atmospheric beds to suit their projects and add elements to build tracks that are in synch with video action. In this way, each track is in effect unique to their production and tightly tailored as a specially composed score would be. . (818) 506-1588, www.promusic-inc.com.

Announcing the (alleged) upcoming 2XS (Palmerston North, Manawatu, New Zealand) Staff Reunion. Whether it’s a 20th or 21st Anniversary is yet to be decided. At this stage, plans are afoot for the 20th, so keep Queen’s Birthday Weekend 2001 free (June 2 - 4). I’d like to start building up a database of addresses, so if you are a former employee at 2XS, or you know where some are, send addresses, phone numbers, e-mails etc. to Jon Hogan, PO Box 47 524, Ponsonby, Auckland, New Zealand, e-mail me at , or phone RadioWorks Network 0064 9 375 7171.

From JazzRadio in Berlin to Atlantic 252, a long-wave British Top 40 station, BroadcastAMERICA.com is now providing an Internet gateway to the best in live European radio with its launch of BroadcastEUROPE.com. Broadcast EUROPE.com has opened offices in Berlin and Oldenbrug, Germany, and Glasgow, Scotland, and is reaching out to stations throughout Europe to add to the site. The company recently signed with a group of 15 stations in Scotland and Ireland, which will be added to the site within the next month.

Australian based MCM Entertainment is compiling its own production website, which will feature promos, sweepers, and creative commercials from Australian and international producers. Initially, the website will be free of charge to subscribers who want to keep up to date with what other producers are doing and how creatively they’re doing it. This is also an opportunity to get your work heard around the globe as your station and name would appear next to your work. The website is designed to inspire production teams and become a beneficial way of receiving feedback. For subscription info, contact Lana Reed at (61) 3-9639-2933 or e-mail lreed@mcmentertainment.com.

Circuit Research Labs, Inc. (CRL) announced the appointment of Bob Orban and Phillip T. Zeni, Sr., to its Board of Directors. Bob Orban is the founder and chief engineer of Orban, which CRL recently acquired from Harman International Industries, Inc. Zeni is a highly successful publisher, businessman, Internet pioneer and author. He currently serves as president of magazine publisher Transcontinental Publishing, Inc., as executive vice president of Palmieri USA, an importer of construction equipment, and as managing director of PhysicianNet.com. He had earlier served as managing partner of a Dallas-based group of broadcasting stations and as director of business development for NBC Radio and Westinghouse-Group W Broadcasting in Chicago. (510) 351-3500, fax (510) 351-0500, www.crlsystems.com, www. orban.com.

August 01, 2006 9765
by Steve Cunningham A few weeks ago I visited my buddy Patrick as he settled into his recently-refurbished digs at the studio where he works. Patrick is a composer who writes music mostly for television, where the timelines are...
Read More...
© 1988 - 2023 Radio And Production, LLC
Go to Top