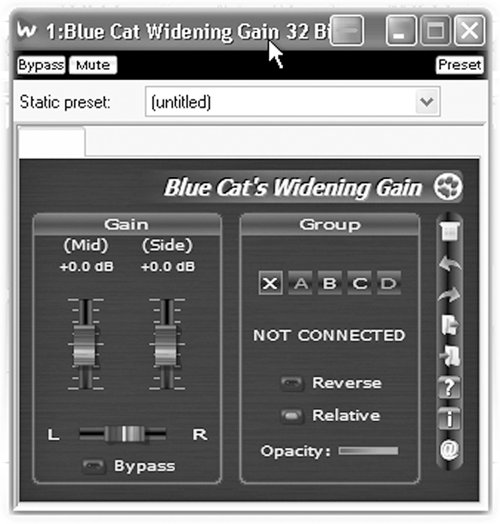 The Gain Suite consists of several variations. There’s a regular mono gain module with one fader, a stereo with two faders, and a Widening Gain module with faders for Mid and Side (for M-S recordings!). Any and all of these can be linked across multiple tracks so they act as a fader group. For free. 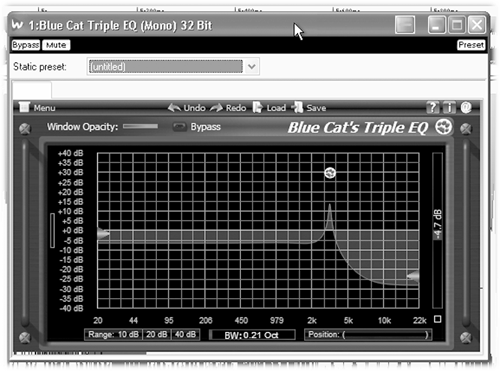 The Triple EQ is also simple, but effective and extremely stingy with your precious CPU cycles. The “triple” portion of the name refers to the fact that there are three bands available here; it has both high and low shelving bands, and a fully parametric midrange band. All of these work over a gain range of 80dB — that’s 40dB of boost and 40dB of cut on each. The shelving EQs have somewhat shallow slopes, so you can’t make a full brick-wall filter on either. But the midrange parametric goes very narrow with decreasing Q, allowing surgical cuts or boosts in a very narrow range of frequencies. Need more parametrics? Just add more Triple EQs, and don’t sweat the load. Each one used around 2 percent of CPU power on a 2GHz Intel Core Duo processor, so you should do fine. 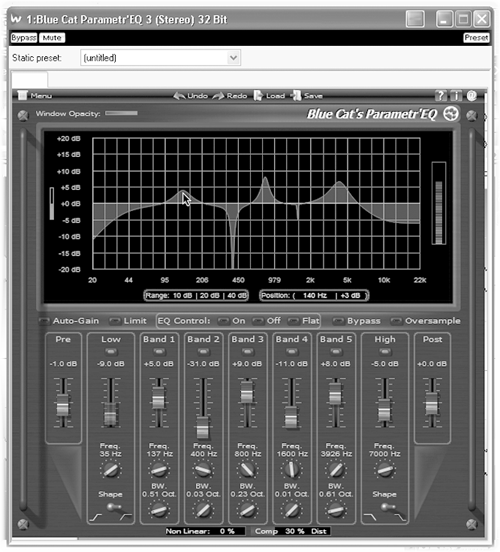 The modulation effects definitely do the job. There’s a Chorus, a Stereo Chorus, a Flanger, a Stereo Flanger, and a Phaser. Each have the appropriate parameter controls, along with Dry and Wet level controls and two waveshapes on the LFO (sine and triangle), to give you room for messing around. For example, the Phaser has a Stages slider that increases the “swoosh” as you raise it and engage more phase-shifting “stages”. Of note is the fact that there’s no zipper noise when you adjust parameters... I don’t know if it’s due to the low CPU hit or just really good coding, but moving faders around never resulted in glitches for me. Plus, all the mod effects respond to MIDI control, so you can route that envelope data from the Digital Peak Meter to modulate a parameter on one of the mod effects.